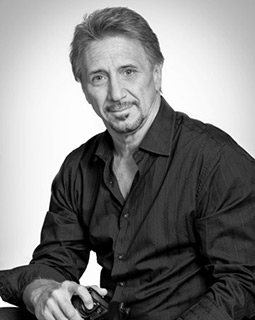 Robert has been in the Hair and Fashion industry since 1974, his career has spanned from the USA, Australia and Great Britain, from a Creative Director for several high profile salons in Australia and the USA to a salon owner, his styles have been featured in major press editorials and professional magazines. By the early 80's, Robert was working with photographers and magazines as a session hairstylist, having his work published in world wide fashion and hair publications. As Robert's passion for photography developed and knowing what he wanted to see in the photographs. Robert began photographing his own work and studied from some of the industries excellent photographers. Robert's photographs have been published in, Modern Salon, Estetica, Coiffure Q, Passion, AHJ, Instyle, Inspire and Culture Magazine, focusing on hair, beauty and fashion photography, ensuring images of the highest quality.